This page is dedicated to local authors that we have or are currently working with. Click on the tabs below to explore some of the authors and their contributions. 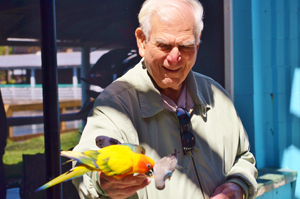 Every once in a while, one has the opportunity to encounter wonderful, richly rewarding people who open one's eyes to a larger world.  Ed has been this for us.  Ed is a Florida native, and as a boy spent much time on Lake Winder which is one of the early lakes on the St. Johns.  There he learned to love and respect the plants and animals of the area.  He wrote a book some time ago about the river entitled, The Early History of the St. Johns River.

After spending many years in the insurance business, he retired and began to express his love of Florida by writing books (12 to date) about Florida, and has given many lectures and programs about Florida's history.  He has been a good friend to Gatorland in Orlando and the resident herpetologist and has become a mentor and a friend.  Ed and his wife, Glorida, live in Maitland, Florida.  In his spare time, for many years, he had assisted the original Florida Wildlife Magazine.

The Old Man story below is one of his favorites, and shows his great pain for the loss of so much of Florida's beautiful wildlife.  Some are smaller in number, some are gone forever...

A story about an old man who's leaving his Florida.

The old man had propped himself up in his bed so that he could have a clear view of the enormous oak tree that had spread itself out over a large part of the sandy yard that surrounded the old man's Cracker House built by his father nearly 90 years ago.  He had been born in that house 88 years ago along with his brother and sister.  Deer and wild turkeys came to enjoy the cool shade of the oak tree and to drink from the rusty tub underneath it that was kept filled with fresh water until about 10 years ago when the sounds of chain saws and tractors were heard in the distance, began.  The deer and the wild turkeys disappeared forever.  The old man's father taught him to hunt when he was five years old, but they always hunted miles away from their farm.

The old man missed the deer and the turkeys, because in a way, they were part of his life.  He missed the fussing sounds from the Florida Scrub Jays when they came to visit the old oak tree just long enough to eat the peanuts from his outstretched hand.  The Jays were gone too.  Too many scrub oaks had been destroyed, and their nesting places were gone so they could not continue living.  Even the seven foot indigo snake that lived under his house for several years had moved to a different place, as his food supply had been depleted.  The old man missed the snake.  Sometimes they would contemplate each other for a period of time, and then each would go their separate way.

Of all the things the old man missed, perhaps the most, was a small pond on the south end of their property.  At one end of the pond was a small group of Pond Cypress trees that offered a shady place for him to sit.  In the early years when he had time, he would sit there in the shade of those cypress trees for hours and watch the tall stately Great Blue Herons hunt around the pond's edge, and he would watch great flocks of White Ibis and Sand Hill Cranes and Woodstock, dip down over the pond with the sun shining on their wings.  They would flair out their wings and settle down to the business of finding something to eat.  He thought the prettiest of the birds were the White Ibis with their long orange sickle-like bills that they used to constantly probe into the muddy bottom.  "Just beautiful," he thought a thousand times!  As the summer grew hotter and the summer rains came less frequently, the small pond receded to a puddle and finally disappeared completely.  Now just a hard cracked surface was all that was left.  The old man missed seeing the magnificent wading birds, but sometimes he could close his eyes just a few minutes and see them again for just a brief moment before they faded away.

The old man's father and mother had both died when they were in their late 50's.  Both were old before their time and worn out from years of trying to earn a living on the poor sandy soil of their farm.  He and his brother and sister worked alongside their parents.  When the brother and sister were old enough, they moved from the farm to a comfortable place in the city.  He thought they were different from himself, but he could not blame them for moving away.  However, he never wanted to leave this beautiful place.  As he thought about his parents and of how hard they had toiled int he fields, his gaze wandered over to the 30 acres of cleared land they had worked so hard to produce so little.  Seeds that were deep in the soil now had reclaimed the land.  The profusion of weeds, seedling trees, and an assortment of small bushes covered the old land as if it were their birth right, which of course it was.  The old man's way of life was gone, and he felt very sad and very tired.  He knew in a short time he would go the way of the wildlife he had enjoyed so much.  His last thoughts were of the oak tree as he stared at its beauty and symmetry and wondered how long it would remain after he left and if there would ever be anyone who would love it as he did.

If you enjoyed this story, you can see some of his other in our History - Books section. 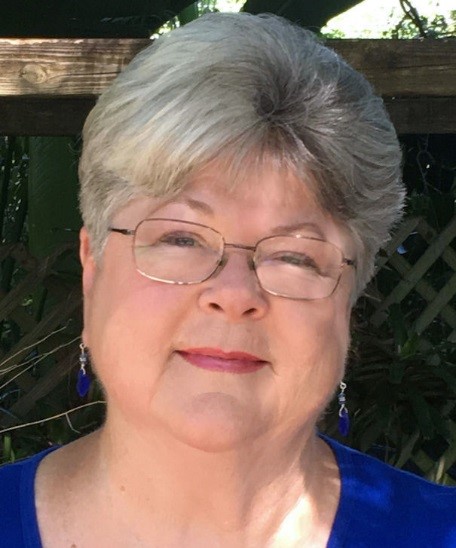 Marcia Meara lives in central Florida, just north of Orlando, with her husband of over thirty years, four big cats, and two small dachshunds.  When not writing or blogging, she spends her time gardening, and enjoying the surprising amount of wildlife that manages to make a home in her suburban yard.  At the age of five, Marcia declared she wanted to be an author, and is ecstatic that at the age of 69, she finally began pursuing that dream.  Three years later, she's still going strong, and plans to keep on writing until she falls face down on the keyboard, which she figures would be a pretty good way to go!

Marcia has published six books to date, all of which are available on Amazon in both print and Kindle format: 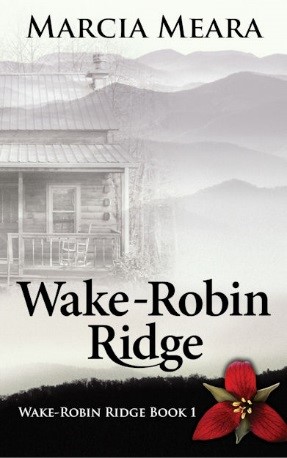 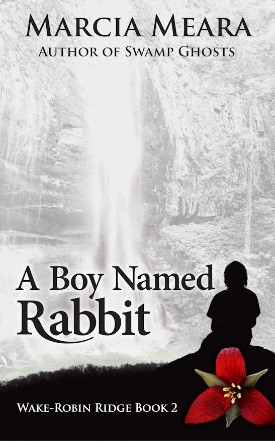 "Evil's comin', boy....comin' fast. Look for the man with eyes like winter skies, and hair like a crow's wing. He's the one you gotta find." 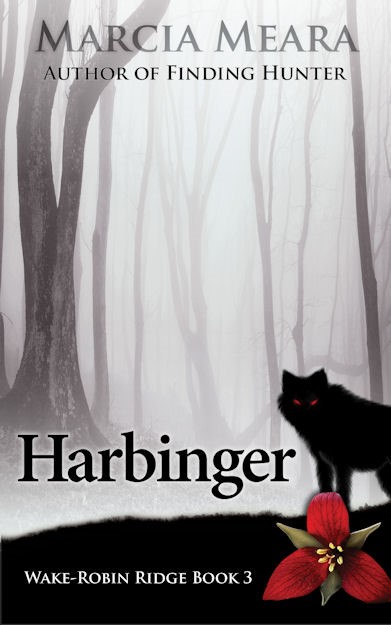 "...he felt the wet slide of the dog's burning hot tongue on his face, and the scrape of its razor sharp teeth against the top of his head. A white-hot agony of crushing pain followed, as the jaws began to close." 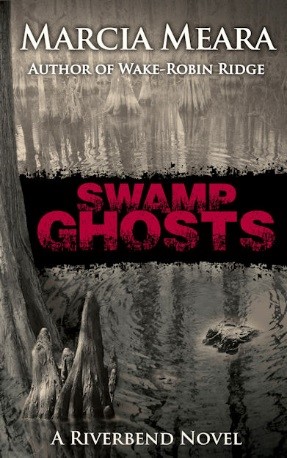 Welcome to the sleepy little town of Riverbend, Florida, where the hungry creatures swimming the dark waters of the St. Johns River aren't nearly as dangerous as those walking the quiet neighborhood streets. 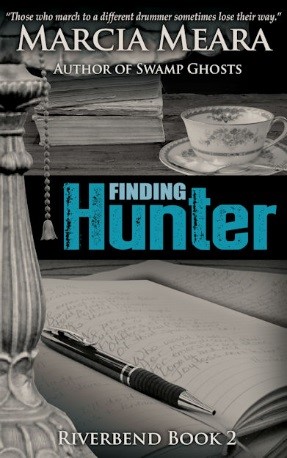 A family torn apart by a horrific tragedy, pitting brother against brother, and focusing on battling PTSD with the redemptive power of unwavering love and support. 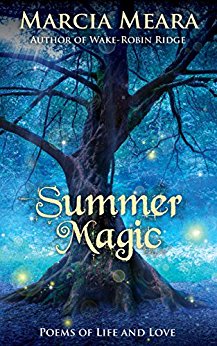 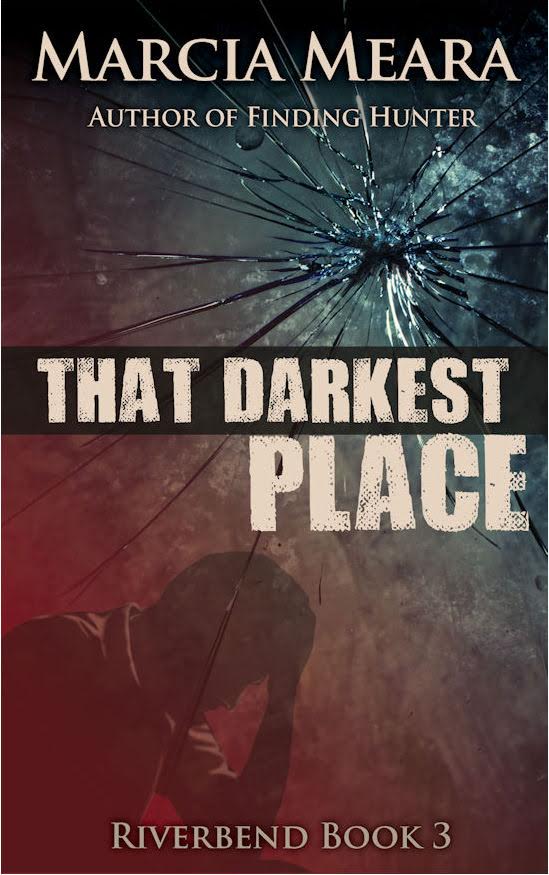 “There are dark places in every heart, in every head. Some you turn away from. Some you light a candle within. But there is one place so black, it consumes all light. It will pull you in and swallow you whole. You don't leave your brother stranded in that darkest place."

Email: This email address is being protected from spambots. You need JavaScript enabled to view it.

To keep up with the latest news and giveaways, sign up for Marcia's Mail List here: https://marciamearawrites.com/mail-list-win-free-stuff/